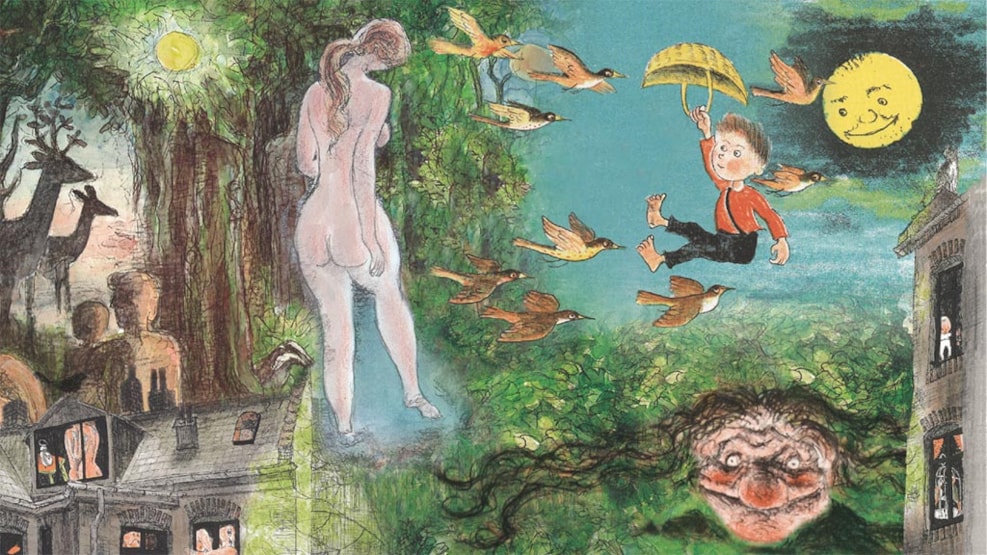 Imagination, Community and Climate Doodles
The popular artist Ib Spang Olsen has charmed children and adults for generations. Now his imaginative drawings can be seen at the Brandts Art Museum.

Pollution and the energy crisis
Despite his fascination with the magical and playful, Ib Spang Olsen did not deny the problems of reality. He was politically engaged and a diligent debater, concerned with pollution, the EC of the time and the well-being of children and young people. Many adult Danes will remember Ib Spang Olsen's 1975 poster Save the Energy, which could serve as a form of contemporary "retro art" today.

Elves all year round
Nature was crucial to Ib Spang Olsen as a man and an artist. In his paintings, it is not just home to the plants and animals, he wanted to be protected from urban development and pollution. It is also a space for the adventurous - where the imagination can run free. Ib Spang Olsen had a gift for seeing and portraying the world through the eyes of a child. In his drawings, the magic is often hidden in the details not immediately apparent. His pictures are often populated by trolls, goblins and other creatures who, in his eyes, have as much of a place in nature as we humans do.