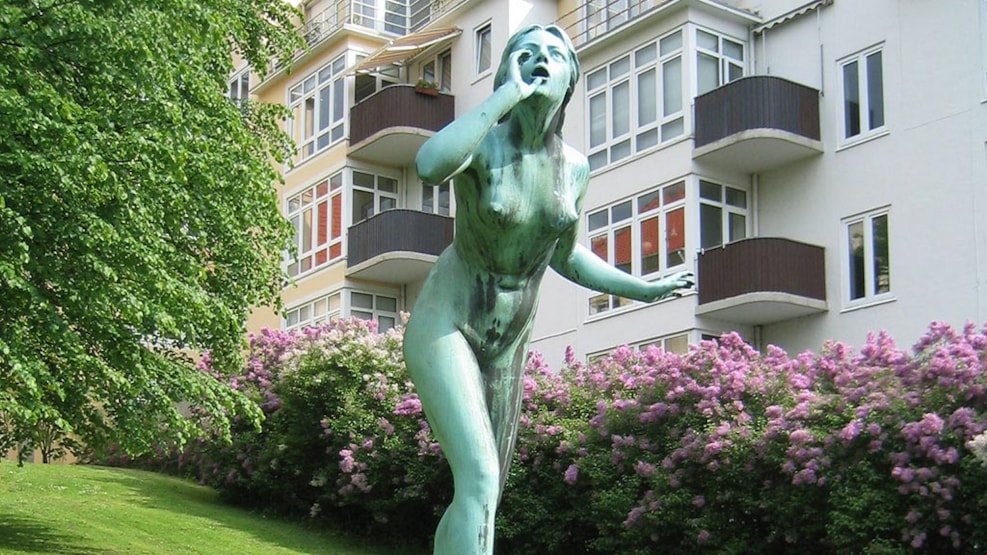 Aksel Hansen was a very productive sculptor. He was born in Odense and first studied woodcarving and stonemasonry with his father and then came to the Art Academy in Copenhagen.