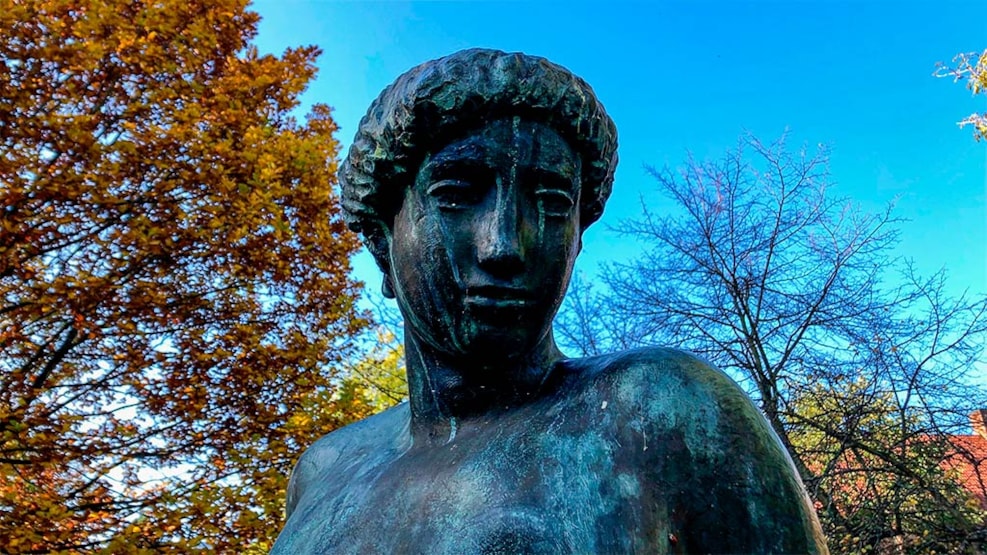 "They say my girls have too thick legs. That may be, but I like it like that. They hold them up so well."

That's what Gerhard Henning said when someone criticised his female sculptures for not living up to contemporary ideals of women. The artist's main motif was the naked, lush and vigorous female body, a motif he kept returning to. Gerhard Henning lived from 1880 to 1967. Standing Girl (bronze) was installed in 1961 and is owned by the Odense City Art Foundation.

Gerhard Henning (1880-1967)
Gerhard Henning had been an apprentice painter in Copenhagen and continued his training in drawing and painting in his native Sweden. As a sculptor he was self-taught.