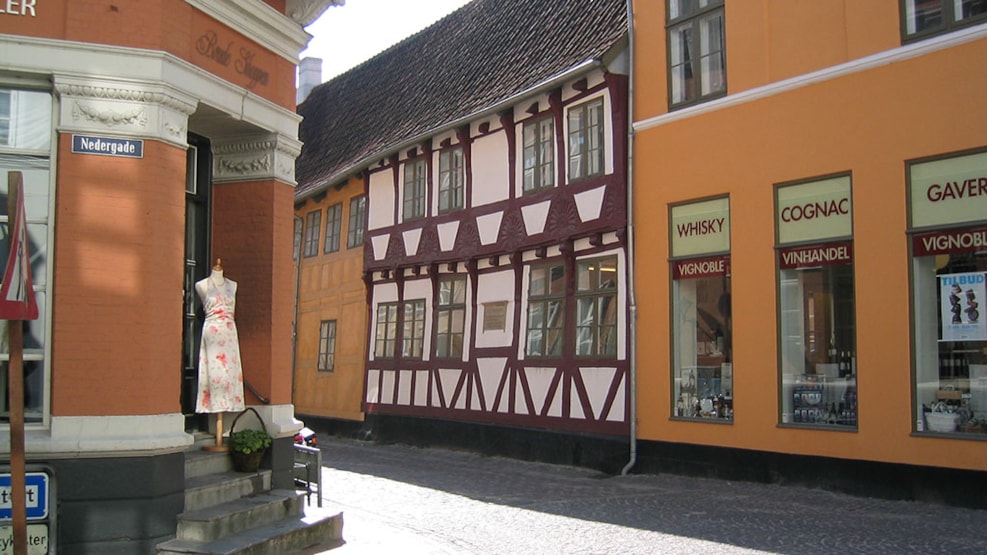 The large building, which has facades on Overgade, Paaskestræde and Adelgade, built in typical Renaissance style with half-timbered protrusions and rosette carvings, is listed. The first part of the building (the yellow building in Paaskestræde) dates from around 1530 and until 1777 it was a merchant's house.

In the early 1900s, the estate was bought by Odense City's Poor Service, which converted it into a poor house with housing facing Påskestræde, various workshops in the outbuildings and a schoolroom facing Overgade. The plaque reads that it was here that the city's famous poet, H.C. Andersen, went to school during the last years he lived in Odense. According to his own memoirs, he would have preferred to attend the Latin school near the cathedral, where the pupils had better books and received a more thorough education.