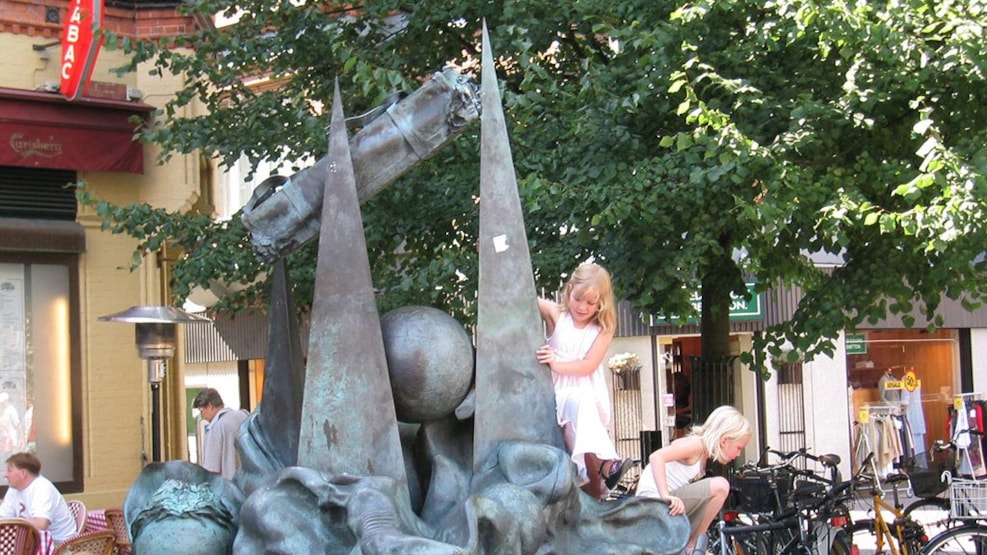 This H.C. Andersen sculpture is number four out of a series of eight and was revealed in 1995. The artist is Jens Flemming Sørensen.

The motive is taken from the fairytale of "The Flying Trunk" and depicts the trunk going to heaven, lightly resting on three pyramid-like towers. They symbolize the mosks in "Turk Land" as H.C. Andersen describes them in his fairy-tale. The sculpture itself is placed on a granite foundation that "hovers" 10 cm over the waters in the fountain.

Jens-Flemming Sørensen (1933-2017) was a self-taught sculptor, originally trained as a tailor. Most of his sculptures are made in bronze, granite and marble, and often has incorporated spherical shapes. He was highly recognized internationally and lived in Pietrasanta, Italy, close to a marble quarry, from 1987 until his death.