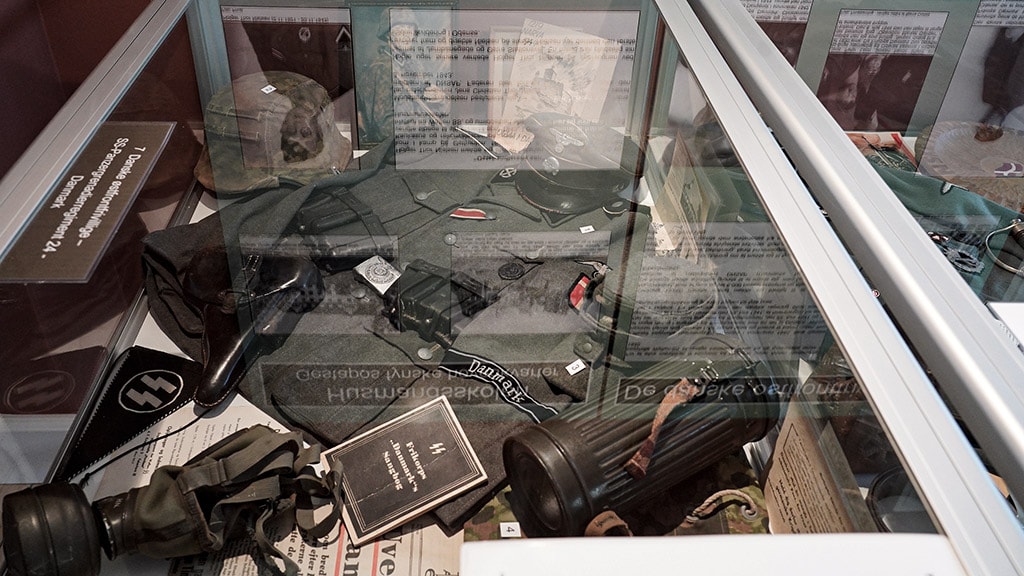 At the Funen Military History Collection, you can dive into the Funen war history, the history of the Funen soldiers, the Funen resistance movement and the Funen Home Guard. The story of the Funen military effort is told through exhibitions with original objects such as uniforms, diaries, weapons, photos and films. On top of this there is also a tank and anti-tank steel blockades in the square.

The German occupation can be seen in the form of the German Armed Forces' presence, the resistance movement and the post-war period on Funen.

At the collection you will also find a large library of books dealing with military history, security policy, defense and personal accounts of soldiers in war. It is possible to borrow the books by appointment.