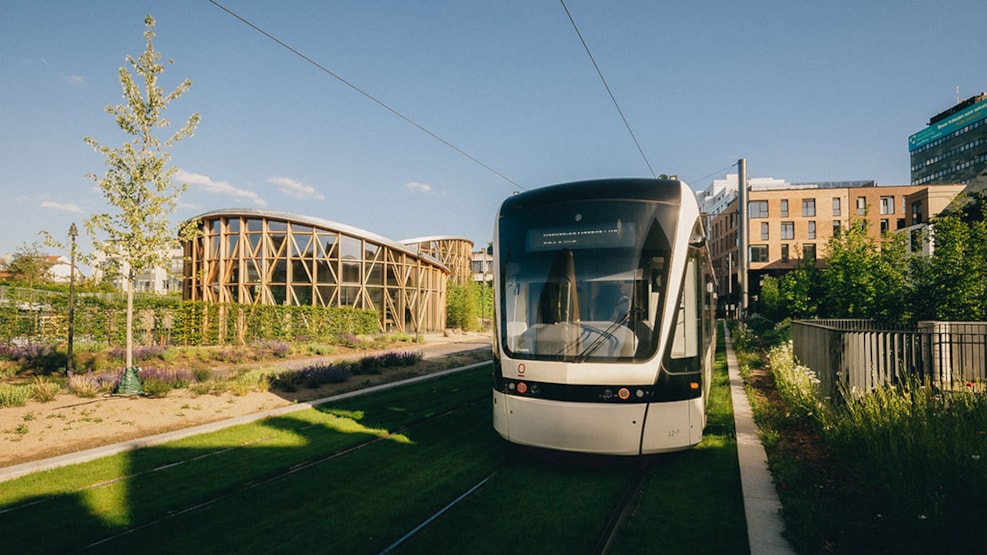 Odense Letbane (light rail) opened in spring 2022 on the line between Hjallese Station in the south of the city and Tarup Center in Odense North-West, and runs for a total of 14 kilometres.

The light rail runs every 7.5 minutes during the day on weekdays, and every 10 or 15 minutes during off-peak hours and at weekends. There are a total of 24 stops on its way from Hjallese Station. These include the park & ride facility Parking Odense Syd, two stops at the university, Bilka, IKEA and Rosengårdcentret, before the light rail heads towards the centre of Odense, where it stops at Albani Torv near the central pedestrian street and at Odense Banegård. It also passes the Vesterbro district and Bolbro, where it stops at Idrætsparken and the stadium before reaching Tarup Center.

Map of the light rail route

How to buy a ticket
This easiest and cheapest way to travel by light rail is by using a travel card. You can also buy tickets in the FynBus webshop at fynbus.dk or via the FynBus mobile app. Finally, it is possible to buy a physical single ticket in shops near the light rail.

During the holidays, you can buy a special tourist ticket for DKK 50, valid for light rail and FynBus buses throughout Funen. However, it is not possible to buy this ticket on the light rail tram or at the light rail stations. You can use your DSB or Arriva train ticket (except for orange tickets) for the light rail if the train departs from or arrives at Odense St.

Light rail and city buses use the same zones and ticketing systems. Therefore the prices are the same. If you have a travel card, you must check in/out when you change between bus and light rail. On each platform, there is a stand where you can check in.

Parking Odense South
If you want to avoid traffic jams and hunting for parking spaces in the city centre, there are several options for parking your car and hopping on the light rail. The largest park & ride facility is located at Søndre Hospitalsvej 25 in Hjallese - close to motorway exit 50, Odense SØ. The facility has 800 free parking spaces right next to the light rail station Parking Odense Syd. If you have an electric car, you can park it at one of the 10 charging stations.

In Højstrup, a small parking facility with space for 60 cars and a covered, locked bicycle parking area has been created right next to the Højstrup light rail station.