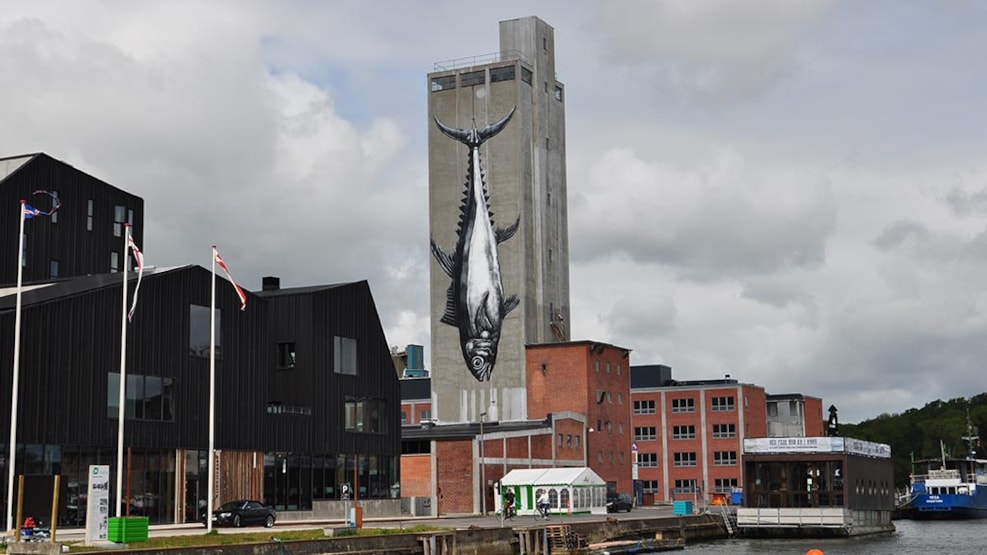 A World-renowned artist has made Denmark's highest mural in Odense

His gable painting in Rome is number two on the Huffington Post's list of the world's most important street art in 2014. He has illustrated the cover for the release of rock icon Nick Cave's novel "When the donkey saw the angel" and created a music video for U2.

Now he has left his distinctive mark on the grain silo on Odense Harbour. See the result of one of the world's most recognized street artists: ROA's visit to Odense.