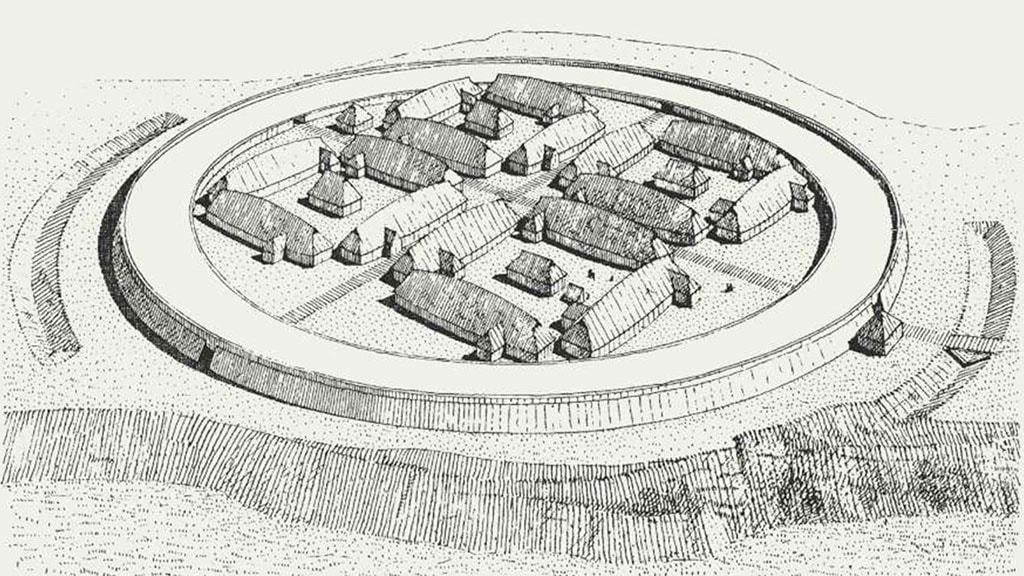 Viking Castle Nonnebakken
The Viking castle at Nonnebakken was one of at least five known ring castles, which King Harald Bluetooth built around 980. The others are Aggersborg at the Limfjord, Fyrkat at Hobro, Trelleborg at Slagelse, Borgring at Køge and probably Borgeby in Skåne.

The ring castles are to be seen as part of the unification of the Danish kingdom, partly by dominating the interior and partly by defending against external opponents. The now smoothed out castle mount, where the Odd Fellow Lodge is today, and some other tracks can be seen in the terrain, while other parts of the castle are well preserved, but hidden under the modern city.

The story has to be told on the spot
The archaeological excavations of recent years at the Viking castle Nonnebakken in Odense have uncovered new, groundbreaking knowledge. It is extremely interesting that the castle, contrary to the previous view, proves to be very well preserved - and that large parts of the Viking castle remain under the modern pavements.

What can you see today?
You can stand in the place where the ring castle was in its time. Here you can see two information boards that show where exactly the castle was and the extent of it. The castle itself is buried under the modern city, but you can still see the contours in the landscape.