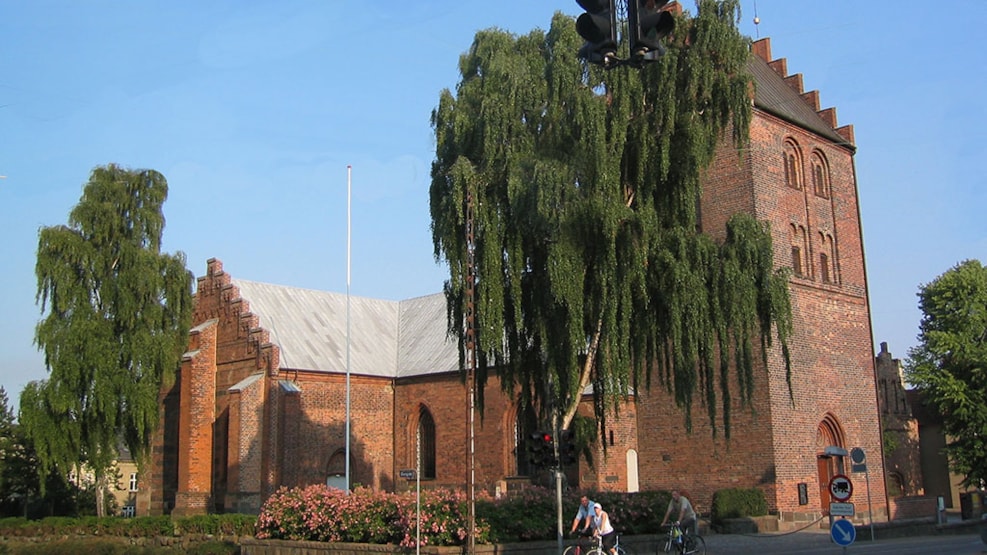 Vor Frue Kirke (The Church of Our Lady) is the oldest church in the city, dating from the end of the 12th century. A wooden church stood on this site as early as the 10th century, later replaced by a church in granite. Next to the church lies Odense's oldest secular building, built c. 1300. It is now a place where the congregation meets, although in former times it functioned as a grammar school and a mortuary (though presumably not at the same time).