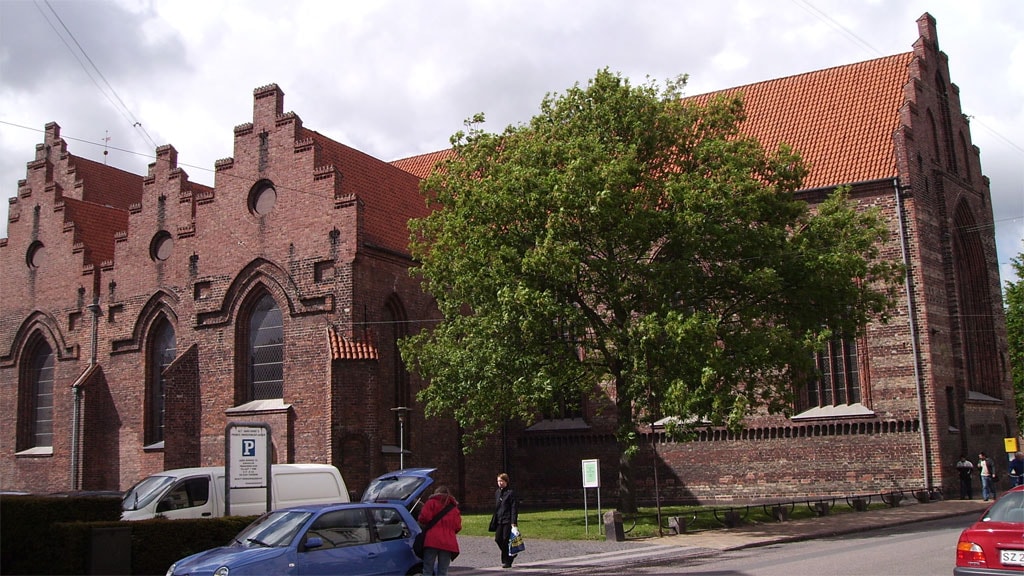 Sct. Hans Church is a Knights Hospitaller monastery church in red stone in the middle of Odense center, close to Kongens Have and Odense Castle. When the church was built, it was located in the northernmost part of Odense, as the city looked in the Middle Ages. The earliest mention of the church dates from 1295, when the church was actually named Sct. Michael's Church. Later, in 1329, reference is made to Sct. Hans Kloster. The church is built in Gothic style and has several fine details, including an outside pulpit on the south side, where one has probably been able to hold worship services for lepers and outlaws who were not allowed to come to church. During World War II, the church's two pastors used the outer pulpit for a series of devotionals for Odenseans in attendance. There is not much left of the original church, which has been modernized 3 times, most recently in 1997-98.

Inside the church today you can see a unique collection of large and beautifully decorated tombstones used by the medieval nobility. Previously, they were embedded in the floor, but today they stand along the wall. Another striking detail is the altarpiece with the painter Carl Bloch's large painting of Jesus in the Garden of Gethsemane from 1879.