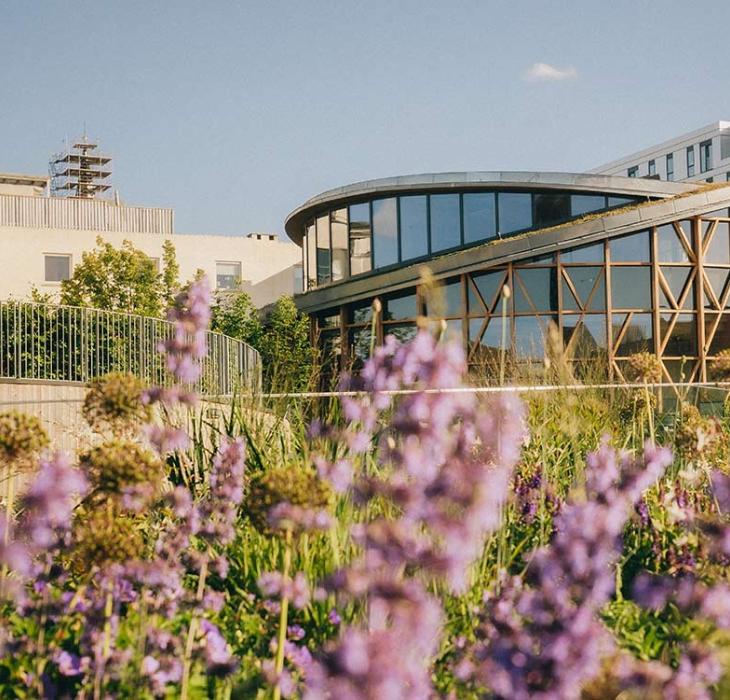 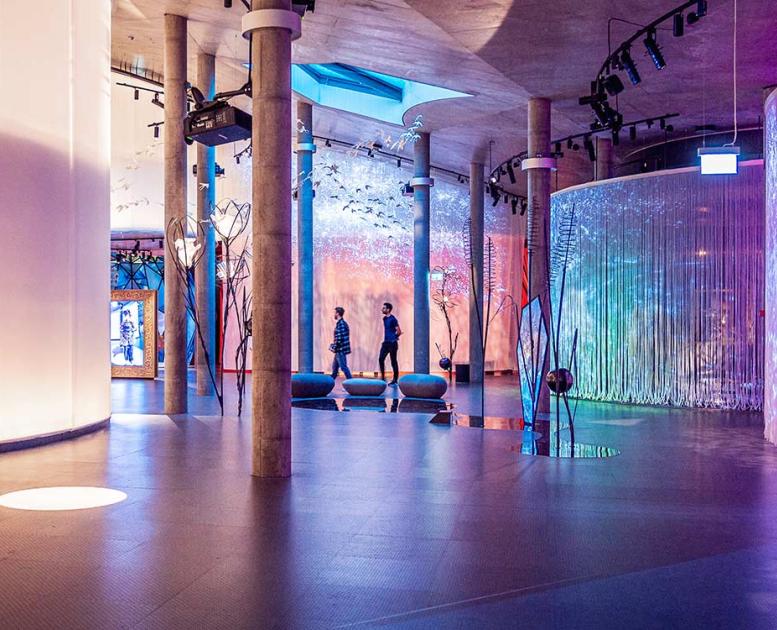 From a poor child in the slums of Odense, the son of a shoemaker and a laundress, to a celebrated cultural figure in the very upper echelons of 19th-century Copenhagen - you'd almost think it was a fairy tale by H.C. Andersen, but actually, it is the life story of the writer himself. 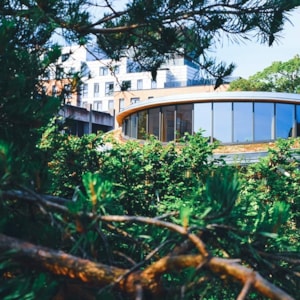 H.C. Andersen's House - a world you thought you knewThe newly built H.C. Andersen House in the historic quarter, close to Møntergården and the Odeon...

In Munkemøllestræde, close to the Odense Cathedral, the river and the Fairytale Garden, you will find the little yellow half-timbered house where Hans... 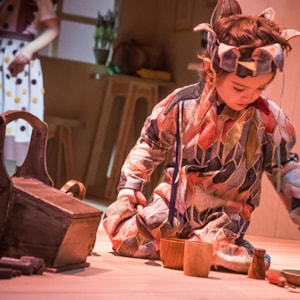 Ville Vau - a Wonderworld for Kids

In Ville Vau lies the Wonderland - a playful world inspired by elements from H.C. Andersen's life, his artistic passion and adventure.

Living is not enough - Sunshine, freedom and a little flower are necessities - H.C. Andersen

It all started in Odense

H.C. Andersen was born in Odense on 2 April 1805, the son of Hans Andersen, a cobbler, and Anne Marie Andersdatter, a laundress. Both the birthplace in Hans Jensens Stræde and the childhood home in Munkemøllestræde testify to a hard and poor life, even by the standards of the time. His childhood favourite occupation was to fantasize and imagine fantastic stories, and at the age of 14 he decided to seek his fortune at the Royal Theatre in Copenhagen.

The whole world is a series of miracles, but we're so used to them we call them ordinary things. Hans Christian Andersen

In the same year, he published his first book - Ungdoms-Forsøg - under a pseudonym and submitted a tragedy from the book to the Danish Royal Theatre. The play did not catch on, but the theatre management decided to help the young writer to an education, which he completed in 1829 with an M.Phil. and devoted himself to poetry.

In the early years of his writing (1828-1835), he tried his hand at many genres, displaying a rich imagination, playfulness and daring. His big breakthrough in 1835 was the novel The Improviser and his first fairy tale: Fairy Tales for Children. At the same time, his stories broke through abroad and were successful in both England and Germany. 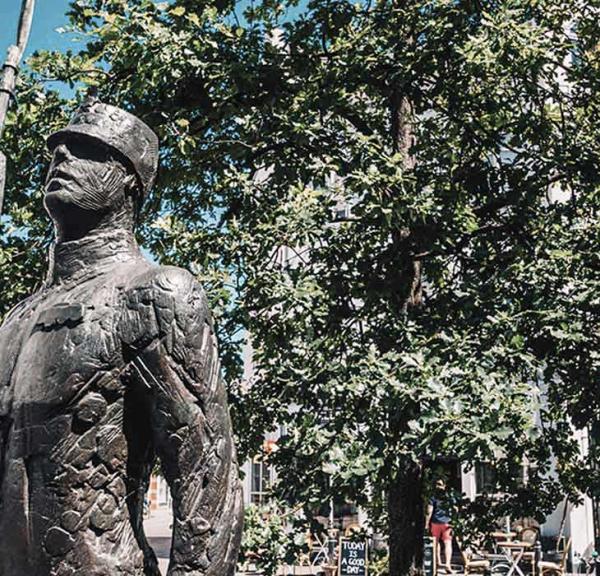 In Hans Christian Andersen's home town, Odense, you can see the characters from his fairy tales come to life all over the city; In parks and streets and alleys you will find sculptures by various artists, all of whom have been inspired by the author's writings. 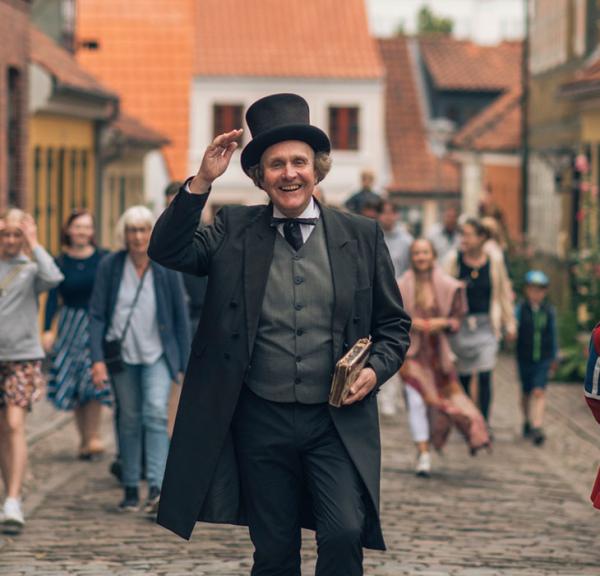 Hans Christian Andersen is perhaps the world's most famous author of fairy tales and stories for children. He himself loved children and would entertain them by reading to them and making paper cutting art.

Already during his lifetime, his fairy tales and stories were translated into several languages, ensuring him increasing popular fame. In sharp contrast to his great success as a poet was his private life; he was unsuccessful in love and lived a lonely life plagued by worries, though with a large circle of friends among his peers. Among his best-known adventures are stories such as:

Even today, most children have read or been read one of Andersen's fairy tales and most have seen a film adaptation or animated film based on one of his stories.

Everything comes to an end

H.C. Andersen died of liver cancer in a hospice in 1875, and his funeral attracted international attention.

With his fertile imagination and, for his time, radical and modern approach to art, Hans Christian Andersen is one of the most fascinating figures in Danish cultural history. He contributed not only literary works but also drawings, papercuts and picture books.

It is hard, damn hard, to die while the heart is still young - H.C. Andersen 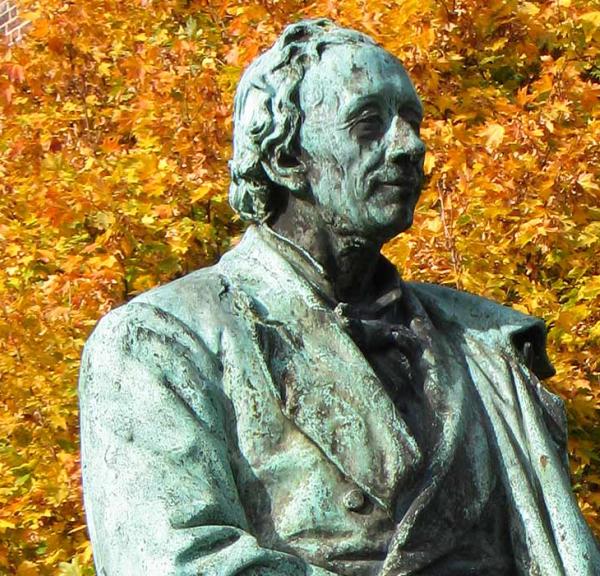 Questions and answers about H.C. Andersen - here we answer some of the questions we are often asked. Do you know where H.C. Andersen is buried? Or who has played H.C. Andersen on film? His favorite castle on Funen?