Chasing the colours of Autumn

Summer heat is slowly disappearing, just as the bright hours are getting fewer and fewer. Also the trees are transformed and are putting on their autumn clothing of orange, yellow, red and brown leaves.

The best place to see the colours of Autumn is throughout the vast amounts of parks within Odense. To mention a few of our favourites;
Munke Mose Park
The Hans Christian Andersen Garden
Botanical Garden
Kongens Have
Åløkke Forest 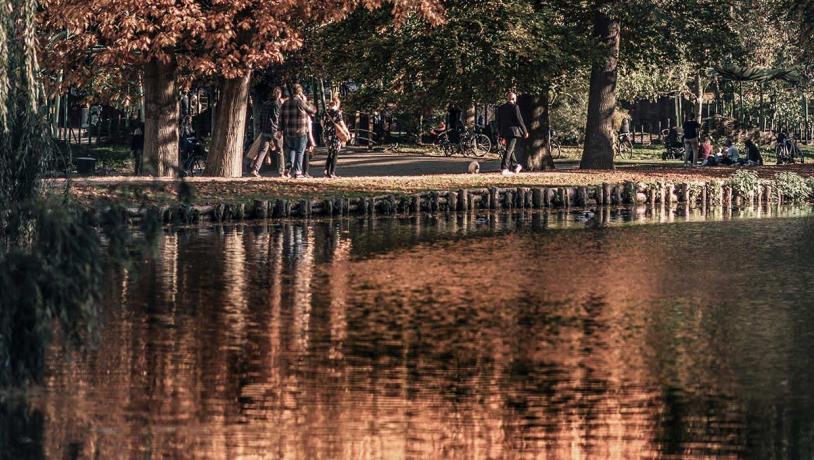 The northern climate is a natural habitat for the Chestnut tree, therefore Odense is the perfect breeding ground for the tree and the gorgeous nut. It is considered Danish cosiness (Hygge), to collect the non-edible chestnuts (or horse chestnut) that can be crafted into small animals or similar decorations. Horse chestnuts have spikey shells and aren’t edible, whereas edible chestnuts are slightly fuzzy with two shades of brown. Sometimes you can be lucky to find the edible chestnuts among other chestnut trees in Odense, but they are a minority.

Chestnuts naturally fall from the tree once they are ripe, this is typically from around mid-September until mid-October. One of the most beautiful routes for collecting chestnuts is along the Munke Mose river. Other equally beautiful places are at Ansgar Anlæg, following the Søndre Boulevard road and at the end of Påskestræde by Odense’s river where H.C. Andersen’s mother washed clothes.